Crafted at the New York Steinway & Sons Factory in 1896/1897, this fine Steinway & Sons Model B is in an imposing yet elegant Victorian Art Case cabinet design. Built during the height of the golden age of the piano industry, this instrument fully embodies the traits expected of a piano of this era.  The Model B has long had a reputation for being a powerful, awe-inspiring musical instrument and this grand piano is no exception!

Steinway Model B #87751 was built in 1896/1897 at the New York Steinway Factory. It is in a Victorian style cabinet in a round arm, art case design with double narrow moldings around the case. Other design features include a detailed figured music desk with ‘new style’ fretwork, hand-carved Victorian flowerpot style legs with hidden casters and a large box pedal lyre with carved pillars. This piano was selected by us for a full restoration which included a new action, a rebuilt belly, and a full filled lacquer cabinet finish. With almost every moving part of a piano located in the action, it is essential that it is rebuilt and adjusted to the highest standards. New Steinway hammers, shanks and flanges along with new Renner wippens (repetitions) were installed in the action. A new custom manufactured keyset was commissioned for optimum power and responsiveness. This keyset was weighed-off for the proper down and up weight. Expert action and tone regulation were conducted to ensure the finest response and a full, concert-level quality of tone. We spend many extra hours in this process to ensure that the piano does not just look like a fine instrument, but performs as one as well. These minute and exacting adjustments are what takes any restored piano from being simply acceptable to exceptional. The belly (interior) of the piano was fully rebuilt. This process included the installation of a new solid spruce soundboard along with a new custom fitted hard maple pinblock. A period-appropriate soundboard decal was affixed to the new soundboard. The massive cast iron plate was re-bronzed and the raised text was hand-lettered. New blued tuning pins were installed along with the highest quality music wire and custom manufactured soft copper wound bass strings. A new Renner back action was installed and new damper felts were affixed and adjusted to refinished damper heads.

The piano’s art case cabinet was refinished in a closed pore, hand rubbed satin ebony lacquer. Any cabinet damage was repaired and new felts a fallboard decal was installed. The original nickel hardware was replated.

The end result of this restoration is a piano that boasts the rich, full quality of tone one desires out of a vintage Steinway instrument. The extensive action regulation allows for an optimum playing experience that is incredibly responsive. At the request of the client, an advanced QRS PNOmation3 Player Piano System was installed. These systems are fully integrated into the piano and do not affect the playability of the instrument.

Our expert piano technicians have spent hours beyond the norm ensuring this instrument is of top concert level. With a beautiful art case cabinet, this piano a wonderful example of historic Steinway & Sons Factory quality. During the pre-WWII era, quality was high and craftsmen had access to the finest cabinet woods and other materials. The level of quality was incredible during this golden age of the piano. This tradition is one we have dedicated ourselves to continuing here at Chupp’s Piano Service.

Our showroom and rebuilding facility features a large selection of fully restored pianos for sale. For over four decades our specialty has been the refurbishing, restoration and repair of vintage Steinway & Sons grand pianos. The Art of Piano Rebuilding is truly art you can feel! 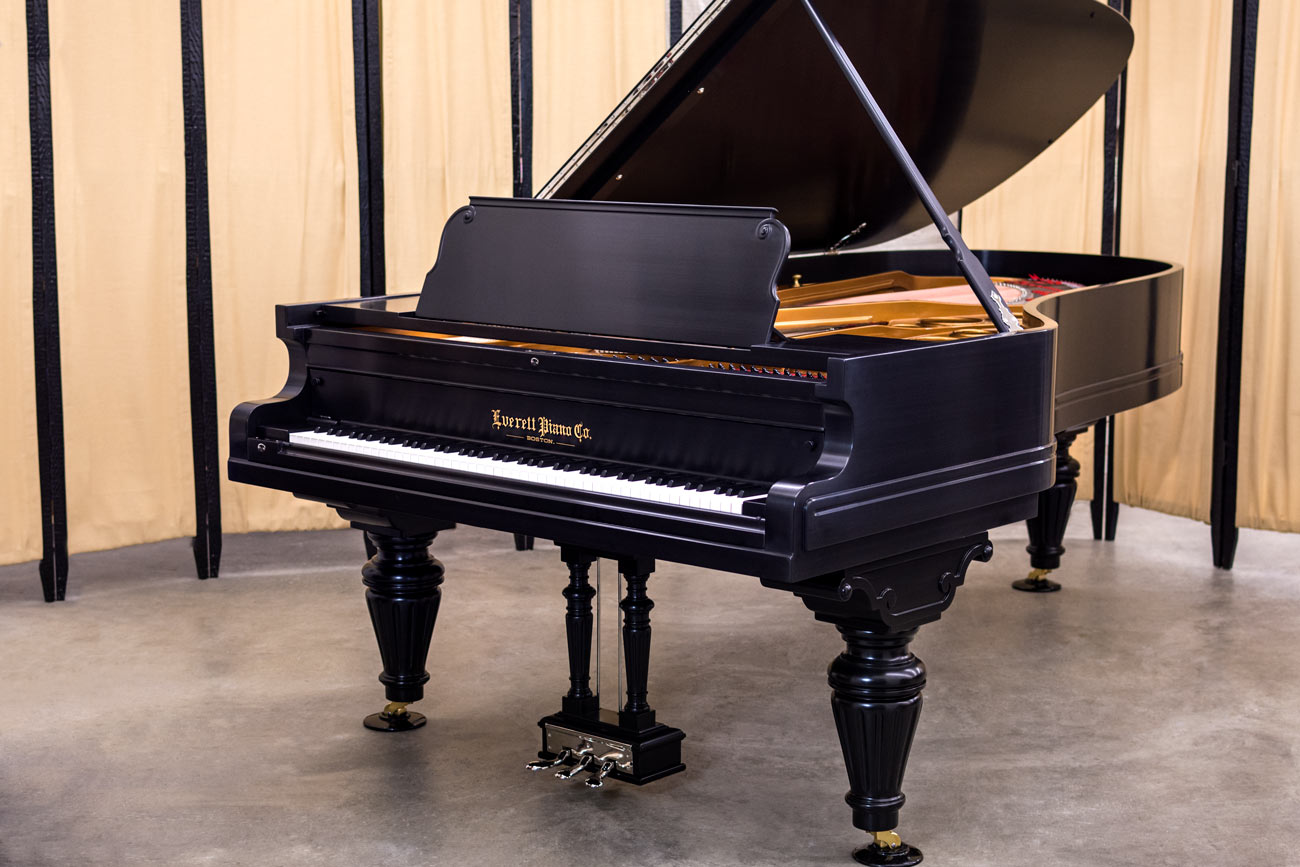 Error: Error validating access token: The session has been invalidated because the user changed their password or Facebook has changed the session for security reasons.
Type: OAuthException
Subcode: 460
Solution: See here for how to solve this error